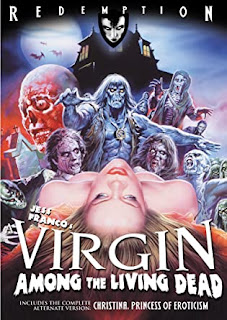 (Cleveland, OH) Like most other events that require a large group of people to gather in one place, the Capitol Theatre’s annual 12 Hours of Terror is adapting to an online platform for 2020. The Capitol Theatre has partnered with Kino Marquee to present its first ever VIRTUAL HORROR MARATHON.

This year, patrons will be able to buy a ticket in the Cleveland Cinemas Virtual Screening Room to an all-night horror marathon that includes the following films: Jess Franco’s A VIRGIN AMONG THE LIVING DEAD (1973), Jean Rollin’s THE NUDE VAMPIRE (1970), Mario Bava’s THE HOUSE OF EXORCISM (1976) & Pete Walker’s THE HOUSE OF WHIPCORD. 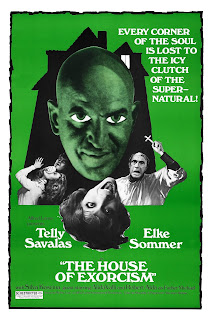 “The 12 Hours of Terror has become a tradition for many people,” says Dave Huffman, Cleveland Cinemas Director of Marketing and programmer for the 12 Hours of Terror. “It saddens us that we won’t be able to provide the annual marathon that fans have grown to love. I hope that people will take this opportunity to gather in small, responsible groups with their housemates and enjoy these exploitation classics at home.”

The Capitol Theatre is currently closed due to the on-going health crisis as well as a major construction project. New, luxury recliner seats are being installed in the two upstairs auditoriums at this time meaning that two auditoriums are not operational. The combination of auditorium closures during construction and, the continued lack of critically important new films in release, has meant that the Capitol Theatre will not be reopening until further notice.

Tickets for this year’s Virtual Horror Marathon are $20. 50% of all ticket sales benefit the Capitol Theatre. Patrons will need to create an account with Kino Marquee to screen the films on their Roku or other streaming devices to their TV.

“To keep the ticket price down we had to limit our usual 7 film program to 4 so we can’t truly call this 12 Hours of Terror,” says Huffman. “People will have a full 7 days to watch all 4 films once they have purchased their virtual ticket but we hope that they will watch the films back to back in one sitting like they would at the Capitol.”

Cleveland Cinemas will also be offering Curbside Concessions for the weekend of October 9th and 10th so that Virtual Horror Marathon watchers or any other home viewer can enjoy authentic movie snacks during their show. The Curbside Concession Packages will be a Large Popcorn and 3 movie theatre candies for $13 and for purchasers over 21 a combo including a Large Popcorn, 3 movie candies and 2 beers for $20. Curbside Concessions will be required to be picked up at the Cedar Lee Theatre or Chargin Cinemas on Friday, October 9th from 4:30 PM - 6:30 PM or at the Capitol Theatre on Saturday, October 10th from 3 PM to 5 PM. Curbside concessions can be ordered at clevelandcinemas.com starting Friday, October 2nd and must be ordered by Thursday, October 8th by 5 PM. (Please note that there must be a minimum of 20 orders placed for the Capitol Theatre pickup date for those to be honored. If that threshold is not met, patrons that placed a Capitol order will be refunded.)

Tickets to the Virtual Horror Marathon can be purchased at clevelandcinemas.com.