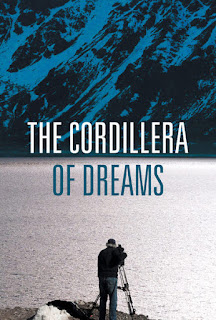 Director Patricio Guzman fled Chile, the country of his birth, in the mid-seventies to escape the brutal Pinochet dictatorship. He remains an expatriate to this date. But although he no longer lives there, he keeps returning to make films, seeking to understand his country and the lasting impact Pinochet continues to exert even after death.


Starting with 2010’s NOSTALGIA FOR THE LIGHT, Guzman has made a series of films exploring the intersection of Chile’s past and present. He has done this by focusing on various regions, beginning with the Atacama Desert in NOSTALGIA, moving south to Patagonia in 2015’s THE PEARL BUTTON, and now focusing on the Andes mountain region in his latest film, THE CORDILLERA OF DREAMS.

Although the subject matter of these films is quite weighty and very much real-world, Guzman’s style tends more towards the symbolic and the poetic. This results in films that work on both an intellectual and emotional level. They are informative without being pedantic; spiritual without taking flight into “woo” territory. The way Guzman blends art and politics shows just how potent the combination can be, and why so many in power always seem to be telling artists to just shut up and entertain us.


THE CORDILLERA OF DREAMS utilizes the same approach but does so in a slightly more grounded way. Sure, he anthropomorphizes the Andes as a silent witness to Chile's history, but he spends more time speaking to human witnesses who can share their stories. And really, whose going to complain when it gives Guzman a reason to show us gorgeous imagery of the mountain range.

Guzman spends the most time with fellow filmmaker Pablo Salas. While Guzman left Chile after documenting the atrocities of the Pinochet regime in his three-part documentary THE BATTLE OF CHILE (1975-79), Salas stayed in his home country and continued to record Chile’s history of political violence and protest. In doing so, he preserves a history many would prefer be forgotten.


If THE CORDILLERA OF DREAMS feels like a somewhat lesser film than its predecessors, it’s not by a substantial margin, and largely due to the once fresh approach now being familiar. But it ties the trilogy together well, and its warnings of how easily dictatorships can come to power and become normalized feel especially relevant in the times we now live.
Posted by Bob Ignizio at 12:00 AM