Return of the King: 'Godzilla: King of the Monsters' review 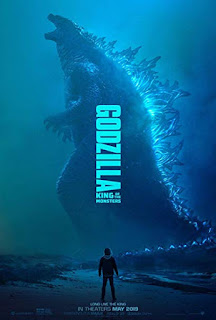 The Hollywood version of Godzilla first introduced in 2014’s GODZILLA returns in GODZILLA: KING OF THE MONSTERS, and this time he’s brought some old friends. Which, unless you’re one of those people who goes out of their way to avoid trailers and other promotional materials, you already knew.

Picking up in the aftermath of the 2014 film, the world is still struggling with the sudden realization that humans share their home with giant monsters referred to as titans. But the general public doesn’t know everything, as the agents of S.H.I.E.L.D. – I mean Monarch – are keeping a lid on the fact that Godzilla and the insect like “Mutos” he fought in the previous film are just the tip of the monster iceberg. As returning scientist and character in charge of exposition Dr. Serizawa (Ken Watanabee) informs us, there are 17 different titans currently known to the secretive organization.

The main human characters we’re supposed to identify with and invest in are Dr. Emma Russell (Vera Farmiga), her ex husband Dr. Mark Russell (Kyle Chandler), and their daughter Madison (Millie Bobbie Brown). The Russell’s lost a son during the big monster melee in the previous film, and the different ways each parent dealt with that tragedy are what drove them apart. Mark now hates giant monsters, but Emma has come around to the notion that the titans are necessary to restoring earth’s ecological balance, since in her opinion humans have pretty much trashed the planet. Madison lives with mom, and she’s starting to become concerned about the mental and emotional state of her guardian.

The supporting cast consists of way too many scientists and soldiers for any of them to be fleshed out into interesting characters.  Among the many fine thespians picking up paychecks for pushing buttons, spouting technobabble, and giving play-by-play on the action are Bradley Cooper, Sally Hawkins, Zhang Ziyi, David Strathairn, Aisha Hinds, and Thomas Middleditch. At least the film’s real big bad, eco terrorist Alan Jonah (Charles Dance), makes somewhat of an impression thanks to Dance’s performance. Still, even an actor like Dance needs more than the script gives him to go beyond one-dimensional haughty evil.

Nonetheless, as far as human plotlines in a Godzilla movie go, this one isn’t that bad. Some fat definitely could have been trimmed, but at least the characters in this movie are more likable and engaging than the protagonists of 2014’s GODZILLA. It’s also about on par with most of the assembly line Japanese Godzilla films of the sixties and seventies, all of which are perfectly enjoyable if giant monsters are your jam.

Because really, who watches these movies for the plots or human characters? The monster action is the real attraction.

Longtime fans of the Japanese Godzilla films will see several familiar “daikaiju” (Japanese for giant monster) turn up to battle against and/or alongside the Big G, among them Mothra, Rodan, and King Ghidorah, and the film does a good job giving them all slick Hollywood makeovers without making them unrecognizable. Not surprisingly, it is when these creatures are on screen duking it out that the film is at its most entertaining. This being an American summer would-be blockbuster, the tone is more one of noisy spectacle than the sense of majestic menace found in the more serious Japanese Godzilla films. And of course there’s none of the campy humor that characterized the late sixties/early seventies Godzilla entries. But for an Americanized take on the concept, KOTM more than satisfies.

Okay, here’s the part most of you can just skip, where I look at the film’s subtext and socio-political issues.

Where the Japanese Godzilla was conceived as a symbol of atomic fear (before being turned into a cartoonish superhero in later films), 2014’s GODZILLA envisioned a monster that was a symbol of looming environmental catastrophe. Given the tenor of the times, that makes sense, and environmentalism is still a major theme in GODZILLA: KING OF THE MONSTERS. However, the message gets somewhat muddled by making the villains environmental extremists, and treating them as though they’re the real threat to the planet rather than man-made pollution and environmental carelessness. Whether by intent or not, it feels like an attempt to tone down the message so as not to offend more conservative audiences.

There are also a few cringeworthy minor bits. For starters, Dr. Serizawa making a bad fortune cookie joke is a real groaner. Even worse is a scene that has Zhang Ziyi’s scientist giving a detailed analysis of some of the film’s technobabble only to have Chandler’s Dr. Russell cut her off and jump in to mansplain. I’m not one to be all politically correct, but these two scenes really stood out as being tone deaf.

In the final analysis, GODZILLA: KING OF THE MONSTERS is your typical summer blockbuster fare: loud, bloated, and full of epic dumbness. Grading strictly on quality, it’s at best a C+, and more likely just a straight-up C. That’s the “regular person” rating.

For die-hard daikaiju fans, it ranks a bit higher. I’d say a solid B. This is essentially trying to be a big budget take on multi-monster rallies like GHIDORAH THE THREE HEADED MONSTER and DESTROY ALL MONSTERS, and in that respect it compares favorably to its inspirations. If someone were to do a fan edit that chopped out around a half an hour of bloat, this would probably rank even higher. A must-see for Godzilla fans, a maybe for those just looking for the latest bit of Hollywood escapism, and a definite pass for anybody seeking thoughtful, artistic cinema.
Posted by Bob Ignizio at 2:06 PM