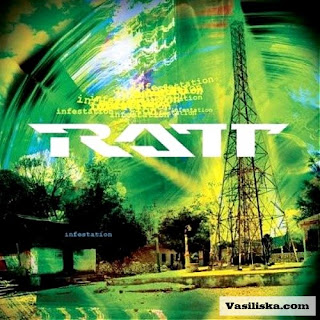 Ratt was one of the better bands to come out of the LA commercial metal scene of the eighties.  Sure they wrote radio friendly songs, but they always had an edge to their sound.  And unlike so many of their contemporaries, Ratt never released a power ballad.  Still, the band hasn’t released an album of new material since 1999.  On top of that, they’ve had more than their share of “Behind the Music” style drama, including the death of original second guitarist Robin Crosby.  Now the band is finally back with a new album, and it's surprisingly good.  Infestation leaves behind the blues rock direction of the band's last few albums and returns to straight up hard rock of Out of the Cellar and Invasion of Your Privacy.  Guitarists Warren DeMartini and Carlos Cavazo (ex-Quiet Riot) shred, and vocalist Stephen Pearcy actually moves beyond his usual nasal monotone to show a little range.  The production is a little more modern sounding than the early Ratt stuff, but not to the point that it significantly alters the band's sound.  Sure this stuff sounds dated, but better that than the band trying to be something they’re not.


Scorpions - Sting in the Tail 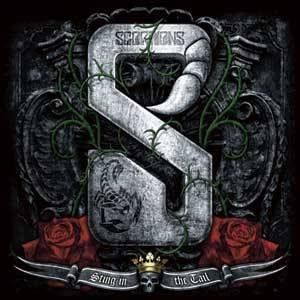 This is supposed to be the final album from Scorpions, a band that has been around since the early seventies.  I wish I could say they were going out on a high note, but I’d be lying.  Sting in the Tail is a bland, lifeless affair that aims straight down the middle of the road.  It would have been nice to see the Scorps cap off their career with another album of the caliber of Blackout or Lovedrive, but instead they’ve offered up a platter that barely measures up to the likes of Savage Amusement or Crazy World.  Even a guest appearance by ex-Nightwish singer Tarja Turunen on “The Good Die Young” can’t liven things up.  If the idea was to leave fans hungry for more, this is a colossal failure.  Hopefully the farewell tour will focus more on the classic hits than the mediocrity on display here.
Posted by Bob Ignizio at 4:35 PM