I just caught an advance screening of Hot Tub Time Machine the other night (you can read my review on the Cleveland Scene film blog).  The important thing to know with regards to this blog is that in the film, the main characters travel back in time to 1986, a pivotal year in their lives.  The movie does a pretty good job in showing what was going on in mainstream culture that year:  glam metal, bad hair, Miami Vice, Alf, the Iran-Contra scandal, and so on.  I certainly remember all those things, but the movie also got me thinking about other interesting things that happened that year which, in the interest of moving the story along, couldn’t possibly have been included.  So I thought I’d share a few of my own memories of 1986 here on this blog.

When I first started listening to bands like Metallica and Slayer in 1985, even most of the metalheads at my high school called thrash metal noise.  Then Metallica released Master of Puppets in March of 1986, and soon after landed the opening slot on Ozzy Osbourne’s Ultimate Sin tour.  Now that they had Ozzy’s blessing, Metallica were cool.  Sadly, Metallica bass player Cliff Burton didn’t get to enjoy his band’s success for long.  He died while the band was on tour in a bus accident on 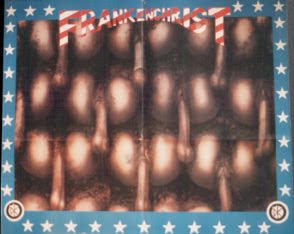 i think that is my new favorite movie. I am a huge John Cusack fan, especially the "Holy Cusack Trinity" of Say Anything, Better Off Dead and The Sure Thing.

I wouldn't exactly take a hot tub time machine back to 1986, but you found some salvageable gems that make me honestly nostalgic. Except for the going postal part. I'm adding Cobra to the Netflix Instantview queue.