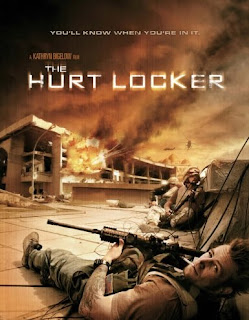 I saw a total of 121 movies released in the in 2009.  74 of those I saw at an actual movie theater, the rest on various home video formats.  There are still a handful of movies I wish I had seen before making this list.  In particular Bad Lieutenant: , Black Dynamite, Bright Star, Broken Embraces, Crazy Heart, The Lovely Bones, Moon, Sleep Dealer, and The World’s Greatest Dad all sound like movies I would enjoy.  But the year is almost over, and at least some of those movies aren’t going to be playing until well into January, so it’s time to just give up and make my list.


For more details on my top ten films of 2009, follow this link to the article in ’s Scene Magazine on the best films of the year.  There you’ll find my top ten, as well as the top ten lists of fellow Scene critics Charles Cassady, Michael Galluci, Milan Paurich, and Pamela Zoslov.

Another 15 Movies from 2009 That You Should See

I really want to check out The Hurt Locker ASAP! I have heard nothing but stellar things about it.

Great to see Trick 'r Treat on this page too. That little gem of a film has been delayed for so long that I almost gave up hope that it even existed before seeing it this past summer in San Diego.

Have a great New Year all!

Well I finally checked out Hurt Locker over the weekend. While I can't say I liked it the best of 2009 I can say had I seen it in 2009 it definitely would have made a nest in my top 10. Thanks for your recommendation!